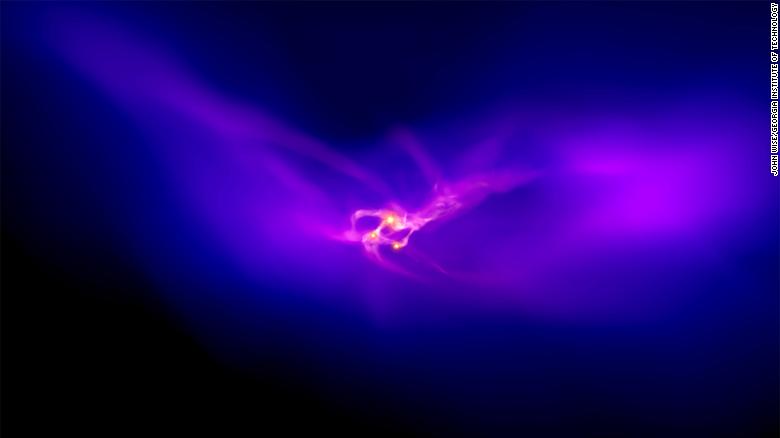 CNN – More than 13 billion years after they formed, distant massive black holes from the early universe are revealing themselves. The light that was released to create them is now reaching our telescopes. But that left scientists with a conundrum: How did they form so quickly when the universe was young? Black holes take time to form.
Typically, a massive star has to burn through all of its fuel, explode into a supernova and create a black hole. Massive black holes take even longer. What if these black holes formed differently? A research team comprised of scientists from multiple universities believes that these very massive black holes were created when galaxies formed very quickly and violently. So rather than forming stars, that normal process was disrupted and led to black hole formation, according to a new study published in the journal Nature on Wednesday.
Previously, scientists believed that massive black holes could only form in regions that were full of intense, ultraviolet star-killing radiation from nearby galaxies. This turns that notion on its head, putting massive black holes in starless regions that grew rapidly.But how does this process actually work? It relies on the gas clouds that lead to galaxy creation, said John Wise, study co-author and associate professor at the Georgia Institute of Technology’s School of Physics.“It was only in these overly-dense regions of the universe that we saw these black holes forming,” Wise said. “The dark matter creates most of the gravity, and then the gas falls into that gravitational potential, where it can form stars or a massive black hole.”
More Information: